In September 2019, the FDA issued two recalls for certain drugs containing Ranitidine. This is generic drug use to combat intestinal disorders, heartburn, and acid reflux. It is most commonly purchased under the brand name of Zantac. Zantac has been on the market since 1983, and has enjoyed tremendous popularity since then. As of mid-October, the recall of Ranitidine products had been expanded by the FDA.
The original recall was triggered when an online pharmacy company named Valisure alerted the FDA about a cancer-causing agent in the drug. In is testing, Valisure found levels of NDMA which were more than 26,000 times the allowable level in the human body. In its own preliminary testing, the FDA found much lower levels of NDMA, because it was testing at much lower temperatures.
The FDA claims that the high-temperature testing conducted by Valisure does not represent normal body conditions. For this reason, the FDA has not mandated a total recall of all medications containing Ranitidine. It has also not issued any recommendation to patients to stop taking the medication. Pending results found by further testing, the FDA has allowed sales of Ranitidine to continue.
For the time being, the FDA has called for all Ranitidine manufacturers to test their products for NDMA at normal body temperatures. This class of drugs includes all H2 blockers, as well as all proton pump inhibitors. Even though the FDA has allowed Ranitidine to stay on the market, a number of manufacturers have voluntarily recalled their products. A number of pharmacies have also removed these kinds of products from their shelves.

Is Ranitidine the same thing as Zantac?

Basically, you can use these two terms interchangeably. They do have the same chemical formula, and contain the exact same amounts of all components. The only difference between the two is in how they are labeled and how they are marketed. Ranitidine is the generic form of the drug, and it is marketed under many different brand names.
The most popular of these brands is Zantac, largely due to the fact that Zantac was one of the first brand names introduced to the public. For the many people who are now asking the question "Is Ranitidine dangerous?", the answer is that the NDMA in Ranitidine is definitely dangerous. The big question revolves around the level of NDMA in Ranitidine.
The reason for the FDA's apparent lack of concern to this point is that its their tests have only discovered 'trace amounts' of NDMA in Ranitidine. Apparently, the discrepancy between the FDA findings, and those of the independent company, is attributable to the testing methods used. So the Ranitidine cancer risk is real, but the jury is out on whether or not the levels of NDMA in the drug warrant a total ban.

You might be tempted to adopt the FDA stance and say that Valisure was testing at temperatures far above body temperatures. It's true that Valisure's original tests (which followed established testing protocols), found more than 2 million ng per tablet in each 150 mg pill. Considering that the FDA's permissible level of intake is 96 ng, you can see the potential danger there.
When advised that their high-temperature testing ignored normal body temperatures, Valisure re-tested under temperatures normally found in the human stomach. The results of these new tests found levels of NDMA which included 300,000 ng per tablet. While this is far less than the original 2 million ng figure, it is still 3,000 times higher than the FDA's admissible level of 96 ng.
The CEO of Valisure strongly supports his company's testing methods and its findings. According to those tests, Ranitidine appears to be an inherently unstable molecule. When it breaks down, NDMA develops as a result of the decomposition. Additionally, the Valisure CEO has pointed to prior research conducted on Ranitidine as corroborating their findings. Initial research on Ranitidine was conducted in the 1980s, and again in 2016.
Testing conditions used by the FDA have been published and scrutinized by a number of scientific personnel, including those at Valisure. The FDA approach is designed to search for the presence of contaminants under lab conditions, but those lab conditions are not the same as in the human body.
Conditions in the human body are thousands of times more elevated than those tested for by the FDA, according to Valisure. That makes them just as suspect as the original high-temperature testing done at Valisure. No one disputes that Ranitidine is bad for you, or that there's a risk of NDMA cancer. The dispute comes in about the actual levels of NDMA found in Ranitidine.

By early October, the FDA had admitted that some tests indicated unacceptable level of NDMA in various Ranitidine samples. The agency announced that it would continue to test samples of Ranitidine from various manufacturers. It was also planning to examine the potential impact that those levels of NDMA might have on patients who had taken the drugs.
This appeared to contradict the FDA's earlier statements that testing had shown only trace amounts of NDMA in Ranitidine. In those announcements, the FDA said it had only discovered levels of NDMA slightly above tolerance. This new declaration about unacceptable levels of NDMA did not include any specific reference to the level discovered.
However, the fact that it is continuing to test samples from a number of different manufacturers, shows that there is a real concern. This was the announcement which triggered some of the major retailers to discontinue over-the-counter sales of Zantac and other drugs containing Ranitidine.
Such retail giants as Walgreens, Rite Aid, CVS, and Walmart have completely stopped sales of Zantac and related products. While the FDA has stopped short of recalling all Ranitidine products, it has advised patients that other heartburn medications are just as effective. 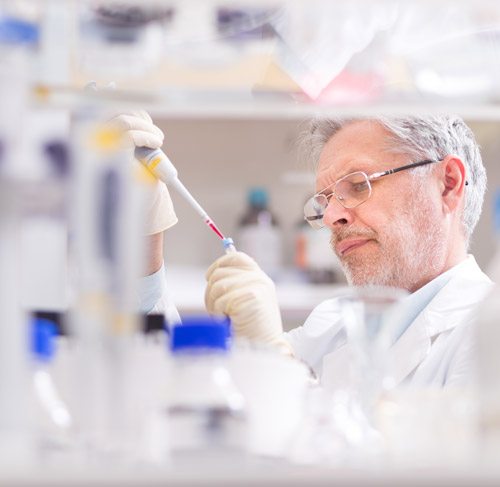 Multiple lawsuits have already been filed against manufacturers of Ranitidine and Zantac. NDMA Ranitidine cancer is a very real possibility, alleges this lawsuit, since a number of patients taking the drug have been diagnosed with cancer. The lawsuit contends that Ranitidine is bad for you, and that the reason it contains NDMA is not due to manufacturing methods, but rather due to the instability of the drug itself.
It also contends that the Ranitidine FDA warning does not go far enough to protect the people of this great country from the potential harm caused by NDMA. The alarming warnings that Zantac and Ranitidine may be causing cancer are only now being recognized, long after some patients have been taking the drug regularly. All this constitutes a gross injustice to people who have trusted the manufacturers of drug and have taken Ranitidine to help relieve heartburn under the impression the drug was sage. If you’ve ever taken Zantac or Ranitidine, you should contact NDMA Ranitidine cancer lawyer as you may entitled to compensation.