If you or a loved one has ever taken Zantac or Ranitidine while pregnant, you may be entitled to compensation. Don't miss out on this lawsuit.

If you or a loved one has ever taken Zantac or Ranitidine while pregnany, you may be entitled to compensation. Don't miss out on this lawsuit.

Zantac and Ranitidine have been linked to injury to both pregnant women as well as their unborn child. If you have taken Zantac while pregnant and your pregnancy resulted in a miscarriage or your child was born with some form of birth defect or disability, you may be entitled to compensation.

In September of 2019, the FDA announced that the very popular anti-acid drug Zantac, had been found to contain dangerously high levels of a substance called N-nitrosodimethylamine (NDMA). They also announced that anyone using the drug should immediately consult with their doctor, instead of continuing to take it. The levels of NDMA found in Zantac have been anywhere between 3,000 and 26,000 times the allowable level specified by the FDA previously. Needless to say, those are enormous figures to be out of tolerance. In the immediate aftermath of the discovery, a good number of people have already come forward, who have been diagnosed with cancer after taking Zantac.

The Zantac cancer lawsuit which has sprung up is a class-action lawsuit. It seeks to have all those diagnosed with cancer after taking the drug, to become involved and enroll as a participant in the lawsuit.

This Zantac class action cancer lawsuit is being pursued by a number of different legal firms across the country. The seriousness of the potential outcome to patients who trustingly took the medication, is a major issue in the case. These patients have now found out they may have been afflicted with something far worse than acid reflux.

What makes this whole scenario particularly unsettling is the fact that it appears there may have been prior knowledge of the NDMA. A number of drug manufacturers may have been aware of the connection between Zantac and NDMA, and said nothing about it to their customers. If this were to be proven in court, it could cause serious difficulties for those drug manufacturers. It would indicate that they valued profits above the safety and well-being of their customers around the globe. In the United States, Zantac is manufactured and distributed by a giant pharmaceutical company named Sanofi. This is the company against which the first lawsuits have already been filed, with presumably more to follow.
Non-attorney spokesperson.

If you or a love one have taken Zantac while pregnant, contact our law firm, Levin Citron Rodal, immediately. We will evaluate your case to to help determine whether you may be entitled to compensation and proceed to assist you in filing a lawsuit.

What Exactly is Zantac?

As any good Zantac cancer lawyer can now tell you, Zantac is the most popular brand name of a drug called Ranitidine. This Ranitidine is often used to manage the symptoms of acid reflux and heartburn. Zantac was first sold in this country in 1983, and it quickly achieved enormous popularity. It was the very first drug to reach $1 billion in sales, and it still has annual sales of $129 million. Zantac is by far the most popular version of the generic drug Ranitidine, which is sold under many other brand names.
https://www.swiss-watch.xyz/
fake breitling
high quality watches replicas
rolex replika
rolex replicas swiss made
www.bestswisswatch.cc
relojes de imitacion
replicas de relojes

Levin Citron Rodal, PLLC is leading the nation in the lawsuit against the popular heartburn medication, Zantac (Ranitidine), which has been found to contain cancer causing carcinogens.

Levin Citron Rodal featured in one of the largest legal publications

Sanofi Faces 1st US Suit Over Likely Carcinogen In Zantac

Can Zantac Cause Cancer?

Many scientific studies have linked Zantac / Ranitidine to cancer because it contains the human carcinogen NDMA. There are millions of people that take Zantac and ranitidine yearly and they've been exposed to this extremely potent carcinogen. As a result they are potentially able to develop cancer as a result of being exposed.

The U.S. Food and Drug Administration said it found “unacceptable levels” of a cancer-causing impurity in the popular heartburn drug Zantac and its generic versions known chemically as ranitidine.

All around the globe, a number of health agencies have recalled products which include Zantac in some form or another, and have halted distribution of those products for the time being. The recall has been triggered by the FDA announcement that dangerously high levels of NDMA have been found in the drug, and that these are known cancer-causing elements. A US-based company named Valisure first discovered the high levels of NDMA impurities. Giant outlets and retailers such as Walmart, CVS, Rite-Aid, and Walgreens are suspending all sales of drugs which contain Ranitidine. If all this sounds like a very abrupt reaction to the discovery, it certainly is. Regulatory bodies in countries all over the world have called for a halt to distribution of products containing Ranitidine. Sales of Zantac have also been halted in many places around the world, pending further investigation.

Zantac cancer claims will have demonstrate the connection between the drug and the development of cancer in a patient. If this can be clearly proven in court, it is likely that everyone involved in the class-action lawsuit against manufacturers will be reimbursed. Of course, that may be small compensation for having developed a life-threatening disease, but it will at least be something. It is hard to say when any Zantac cancer settlement might be forthcoming, because lawyers are still enlisting participants in the suit.
It is also likely that the enormous pharmaceutical interests around the world will not accept a defeat like this without a fight. Given the fact that such corporations have virtually limitless resources to conduct a court battle, any settlement could be far off in the future. However, if it can be shown there is a definite link between the drug and contracting cancer, eventually the courts will probably see the light of reason.
Many distributors have stopped moving the product, and many sellers have removed it from shelves. None of these companies want to be associated with the potential for spreading around a cancer-causing product.

Many individuals who have taken Zantac or Ranitidine have been diagnosed with several cancers including, but not limited to, colorectal cancer, breast cancer, small intestine cancer, bladder cancer, stomach cancer, ovarian cancer, esophageal cancer, kidney cancer, uterine cancer, liver cancer, testicular cancer, and pancreatic cancer. If you have been diagnosed with any of these forms, and you took Zantac or Ranitidine recently, you should contact a Zantac cancer lawyer to see if you are eligible for compensation. 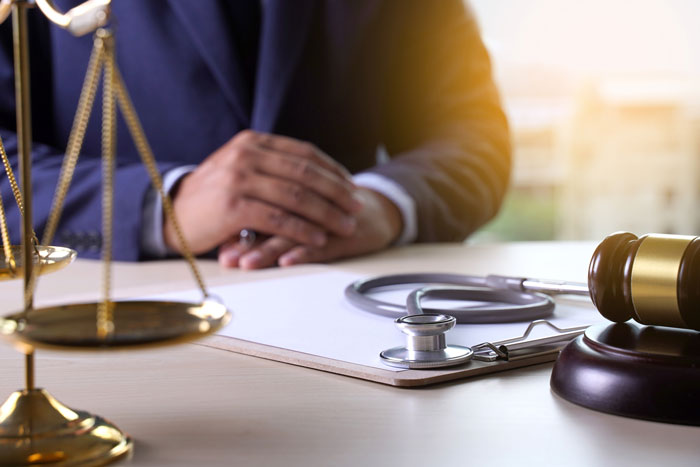 N-nitrosodimethylamine also known as dimethylnitrosamine, is a semi-volatile organic chemical that belongs to a class of known potent carcinogens, according to the U.S. Environmental Protection Agency (EPA). NDMA is a known environmental contaminant and found in water and foods, including meats, dairy products and vegetables. The chemical is used in gasoline, as a stabilizer for industry materials, and as a lubricant additive. NDMA has also been used to make liquid rocket fuel, and is a byproduct of manufacturing certain pesticides and processing fish.

How Did Valisure Find NDMA in Zantac and Ranitidine?

How Carcinogens Got Into the Generic U.S. Drug Supply: Bloomberg Video

What is the FDA Recommendation

FDA is continuing to test ranitidine products from multiple manufacturers and is assessing the potential impact on patients who have been taking ranitidine. The U.S. Food and Drug Administration is alerting health care professionals and patients to a voluntary recall of ranitidine products.
If you take Zantac, FDA is advising you to consult your physician with concerns about potential NDMA contamination, as well as your risk for getting cancer from the medication. Do not stop taking Zantac without talking to your doctor first, as doing so could also lead to serious side effects and/or adverse reactions.

Why Choose Levin Citron Rodal to File your Zantac Lawsuit?

Levin Citron Rodal is your powerful voice when you or a loved one has been injured by dangerous or defective drugs and devices.

Our legal team works with exceptionally talented medical experts to ensure we are on the cutting edge of pharmaceutical litigation. When fighting the big pharmaceutical corporations, you need every advantage available. At Citron Levin Rodal, we have assembled a dynamic team of lawyers, medical experts, and staff to take your fight all the way to the end. We are handling individual litigation nationwide and currently accepting new Zantac induced cancer cases in all 50 states.

If you or a family member was diagnosed with cancer after taking Zantac, contact our law firm immediately. You may be entitled to a settlement by filing a suit and we can help.